A few weeks back I posted a blog that didn’t review any product but it set out my stall with some products I would be talking about in the coming weeks. Those products all came from former Corrie actor Sean Wilson who had a career change and started making cheese. I haven’t yet tried the cheese but it seems to have been well received by those in the cheese community. However Sean isn’t content with just making cheese he has developed a line of products for classy food outlet B&M Bargain. A couple of months back I tried his grim bread sauce  and at the time thought that was the only product in the collection, but a return visit to B&M ended in a massive yield of other products from Sean. After the bread sauce experience I am dreading trying some of them – especially the can of scouse as whenever meat finds its way into a can things rarely end well. So I have decided to start my Sean Wilson adventure gently with a bag of relatively low risk crisps.

Sean has come up with two flavours of crisps but today I’m focusing on the Lancashire Sauce flavour as they are the most intriguing to me. I grew up in Ormskirk in West Lancashire and the area has a strong food heritage with great produce and classic dishes. Nearby you can find Morcambe Bay Shrimps, Formby Asparagus, Ormskirk Gingerbread, Lancashire Hotpot and of course the Eccles Cake -these are all great local food successes and you can find Formby Asparagus and  Morcambe Bay Shrimps popping up on menus right across the country. I was aware of this local food heritage whilst I was growing up but I can never once remember hearing about Lancashire Sauce, then recently when I’ve been on trips back to the motherland I started seeing bottles of it appearing on the shelves of local farm shops and delis. With the help of Google I made some headway in my research and discovered it has been made privately for four generations by the Entwistle family who have recently started making it commercially and if you want to know more then look here. 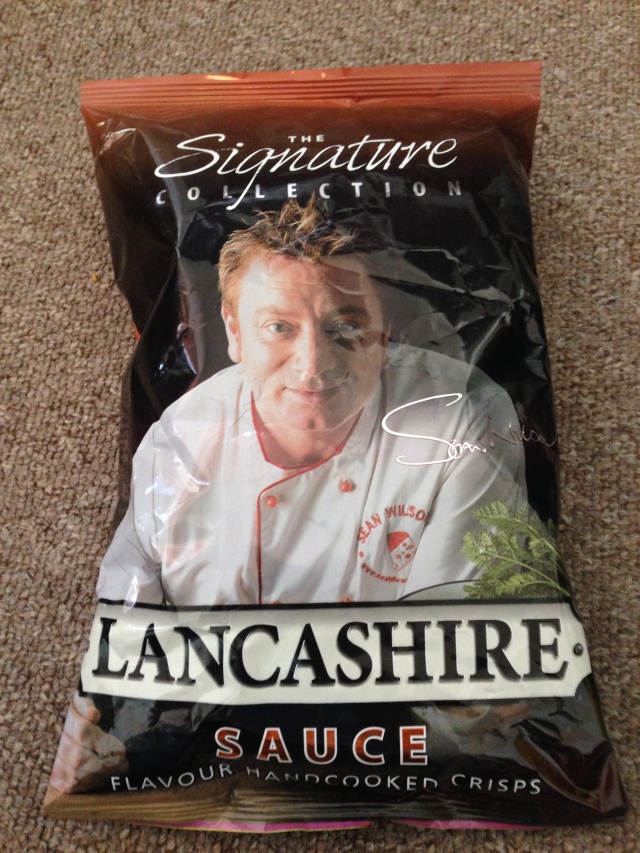 Somewhere along the line Sean Wilson must have picked up a bottle of the stuff and thought it belonged on some crisps and then set about making it happen. The packet says “Here we bring you a fine addition to The Signature Collection with our Lancashire Sauce flavour crisps, made with only natural colours and flavours. Worcestershire Sauce has long been utilised by Great British crisp manufacturers, who take advantage of its unique sharpness. Our very own Lancashire Sauce has that characteristic sharpness but also a delicately complex spiciness that lends itself to making the ‘perfect’ crisp.”. I was sold on that description and got stuck in. 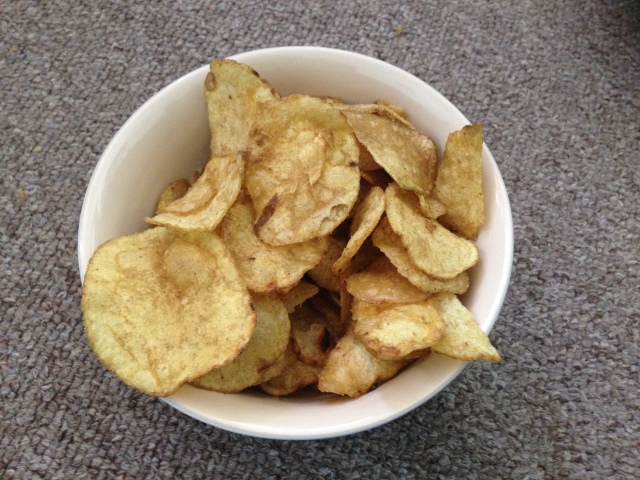 The crisps were thickly cut and had a good firm crunch to them, they are more Kettle Chip than Walkers. The flavour however was less good, at first I thought they tasted just like Worcestershire sauce but as I ate more of them them the differences became more and more apparent. The packet says they are “delicately complex” but there is nothing delicate about them, they are harsh in your face flavours that blast your taste buds. In itself that is no bad thing as crisps are notoriously unsubtle things, when was the last time you laid a prawn cocktail crisp on your tongue and thought “Mmm the gentle subtlety of this snack is a thing to behold.” never, that’s when, because nobody buys crisps for subtlety. But ultimately the flavour wasn’t that good, it tasted like a cheap, fruity curry sauce that you might find in a chip shop.

I don’t really blame Sean for having a go – they are almost nice but they just miss the mark. If the idea was to take on Worcestershire Sauce then unfortunately the battle is lost. Oh well there are plenty more things in the collection to come…